Skip to main content
It looks like you're using Internet Explorer 11 or older. This website works best with modern browsers such as the latest versions of Chrome, Firefox, Safari, and Edge. If you continue with this browser, you may see unexpected results.

All ALI Deans/Directors, ALI Chairs/Co-Chairs, and up to five ALI guests per ALI Dean/Director, are invited to attend the ALI Annual Meeting on May 14, 2021. All attendees must register. If you have not already registered or if you wish to bring additional guests, please click HERE to RSVP. The Zoom meeting details will be e-mailed to all registered attendees on May 10, 2021.

Agenda and Board Business 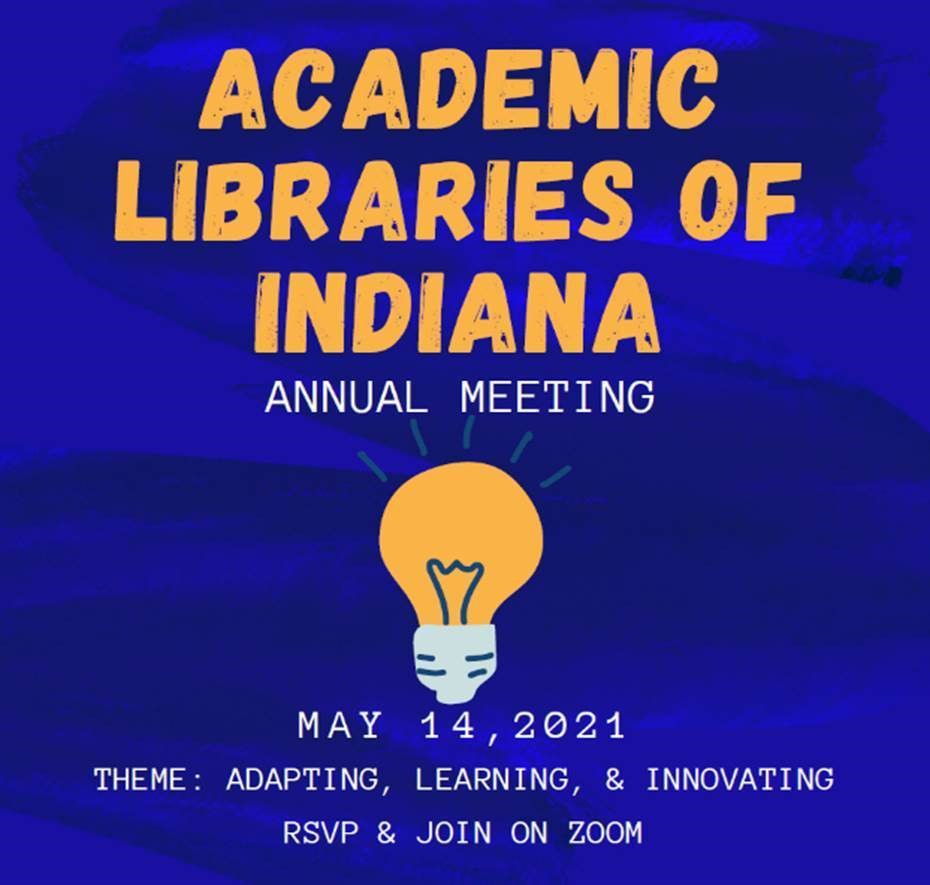 During the annual meeting there will be multiple votes (approval of ALI meeting minutes, 2021-2022 budget, selection of at large board candidate).

If you are an ALI Dean or ALI Director and you will not be able to join the 2021 ALI Annual Meeting as a Zoom meeting and vote, you may appoint a proxy. To appoint a proxy, you must fill out the ALI proxy voting form and e-mail it to Denise Shorey, the ALI Secretary, before May 7, 2021.

Bylaw Details: Section 2.8 Voting by Proxy.
A member entitled to vote at any meeting of members may vote either in person or by proxy. A member may appoint a proxy (who must be an employee of the same library or another member of the Corporation) to vote or otherwise act for the member by signing the required appointment form. An appointment of a proxy is valid for the meeting for which it has been provided. No proxy shall vote at any meeting of members unless the appointment form designating such proxy shall have been filed with the Secretary or other officer or agent authorized to tabulate votes. 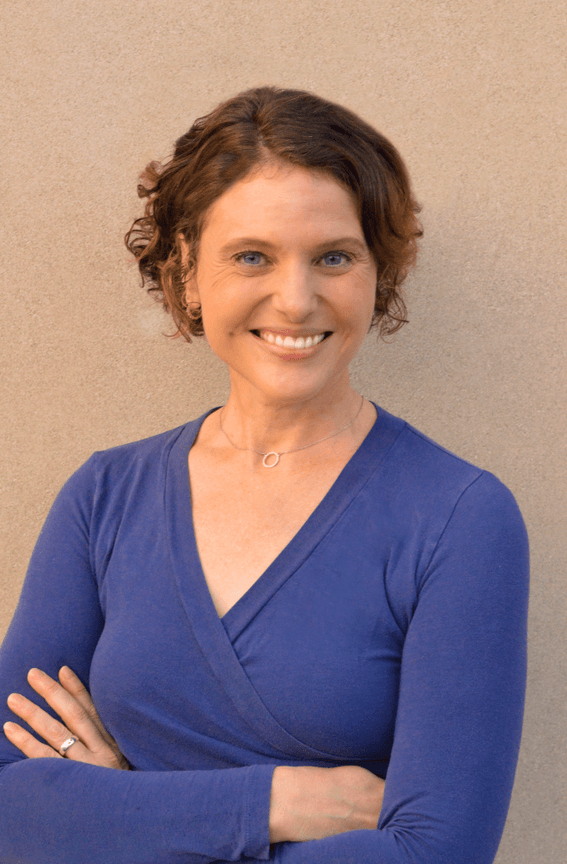 Susan deMaine became Director of the Jerome Hall Law Library at IU Maurer School of Law in Bloomington in 2020. Prior to that, she was the Associate Director at the Ruth Lilly Law Library at the IU McKinney School of Law in Indianapolis. Earlier in her career, Susan clerked for the late Honorable David A. Nelson on the United States Court of Appeals for the Sixth Circuit in Cincinnati. She holds both a J.D. and M.S.L.S. from the University of Kentucky.

Susan has published and presented on a range of topics including accessibility issues in online instruction, information governance, and access to the papers of the Supreme Court justices. She is active in professional service at the university, state, and national levels with a focus on librarian leadership and scholarship. In 2016, she received the American Association of Law Libraries (AALL) Emerging Leader award, and, in 2017, was appointed as a member of AALL's Body of Knowledge Development Special Committee and as chair of AALL’s Digital Access to Legal Information Committee. In 2018, she was selected to serve as co-editor and -manager of book reviews for Law Library Journal. In 2019, she won a national election to serve on the executive board of AALL. 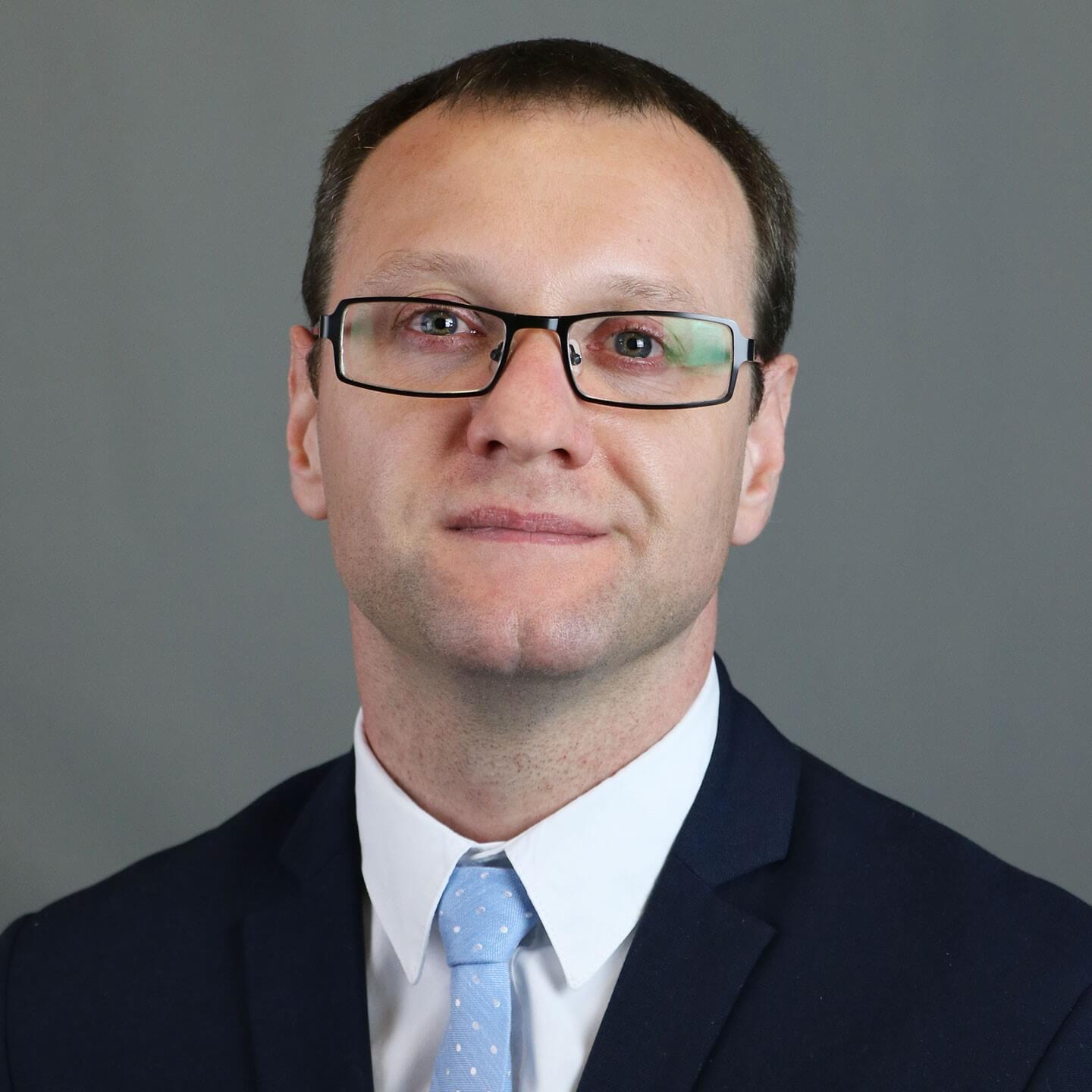 Rusty Tryon serves as the Director of the Mary and Andrew Rooney Library at Saint Mary-of-the-Woods College, a position he has held since December 2019. Although Rusty was born and raised in Terre Haute, he spent the prior sixteen years working in various types of academic libraries in several states. From 2003-2012, he worked in a theological library and community college library in the Kansas City area before relocating to Virginia to work in a university library from 2012-2016. He served several years (2016-2019) as the library director at a liberal arts college in Louisiana. In these various positions, his work focused primarily on collections. Rusty’s research interests include assessment, library collections, and library management and administration. He has written and presented on these topics locally and nationally. 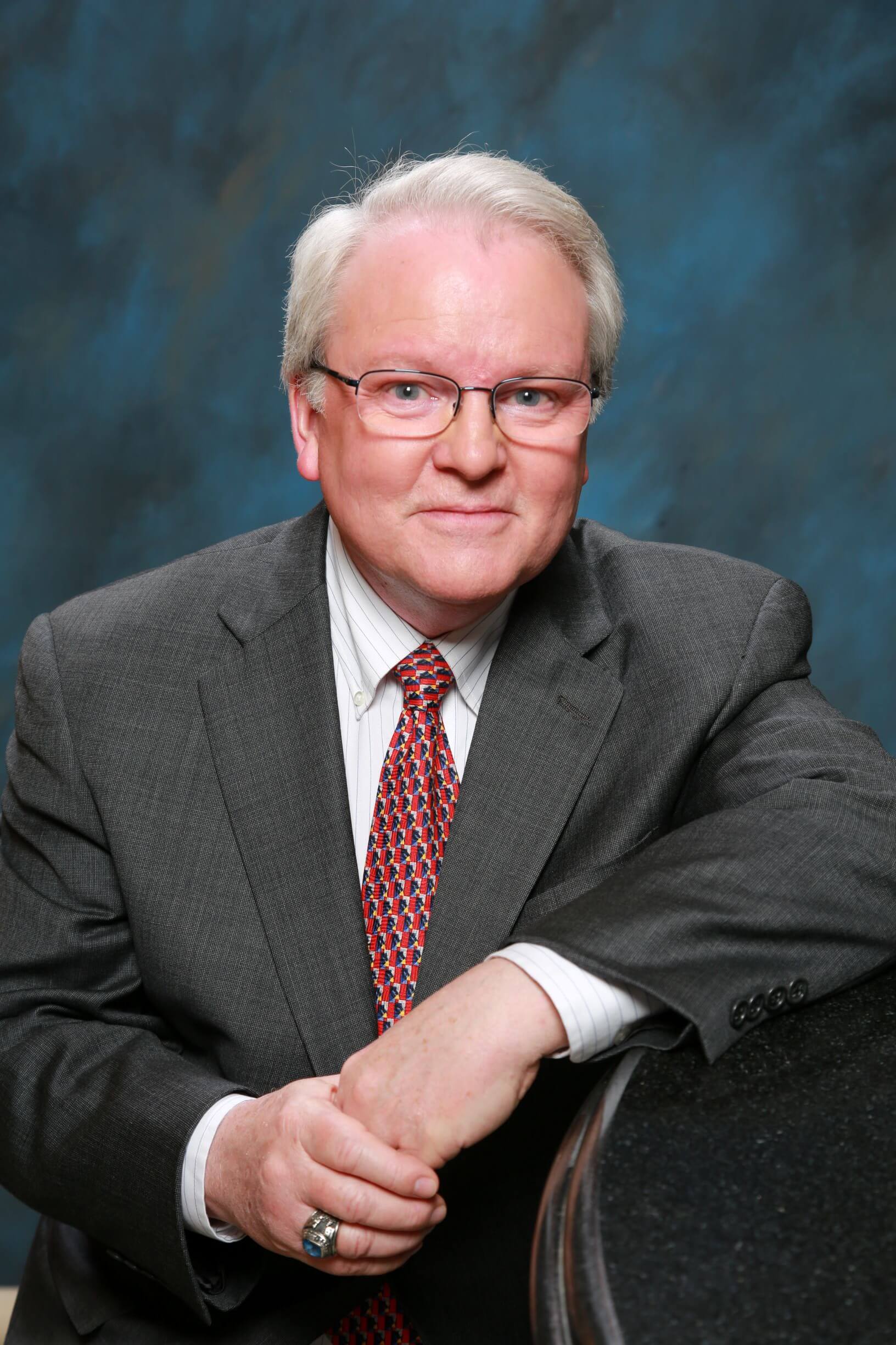 Kenneth D. Crews is an attorney, author, professor, and international intellectual property consultant.  His work centers on copyright and related issues in diverse settings, from major businesses and research universities to small startups and individual authors.  He works with universities, publishers, and cultural institutions, and with clients in the motion picture, music, and publishing sectors.  He is the author of numerous books, articles, and more, including a fully revised and expanded edition of Copyright Law for Librarians and Educators (Fourth Edition, 2020).  Dr. Crews established and directed the nation’s first university-based copyright office, at Indiana University, where he also held a tenured law professorship.  He was later recruited to establish a similar office at Columbia University in New York City and to serve on the faculty of Columbia Law School.  He has earned degrees from Northwestern University, Washington University in St. Louis, and UCLA.  For more than a decade, he has been a consultant to the World Intellectual Property Organization (a U.N. agency) and an invited speaker in 45 U.S. states and on six continents.  He has been a visiting professor in Paris (at the Sorbonne), Munich, Helsinki, Bayreuth, and Cairo.  Professor Crews was the first recipient of the Patterson Copyright Award from the American Library Association, and he received the Mark T. Banner Award from the American Bar Association in 2014.  He is now based in Los Angeles, with the firm of Gipson Hoffman & Pancione.  Kenneth D. Crews has been listed in Who’s Who in America. 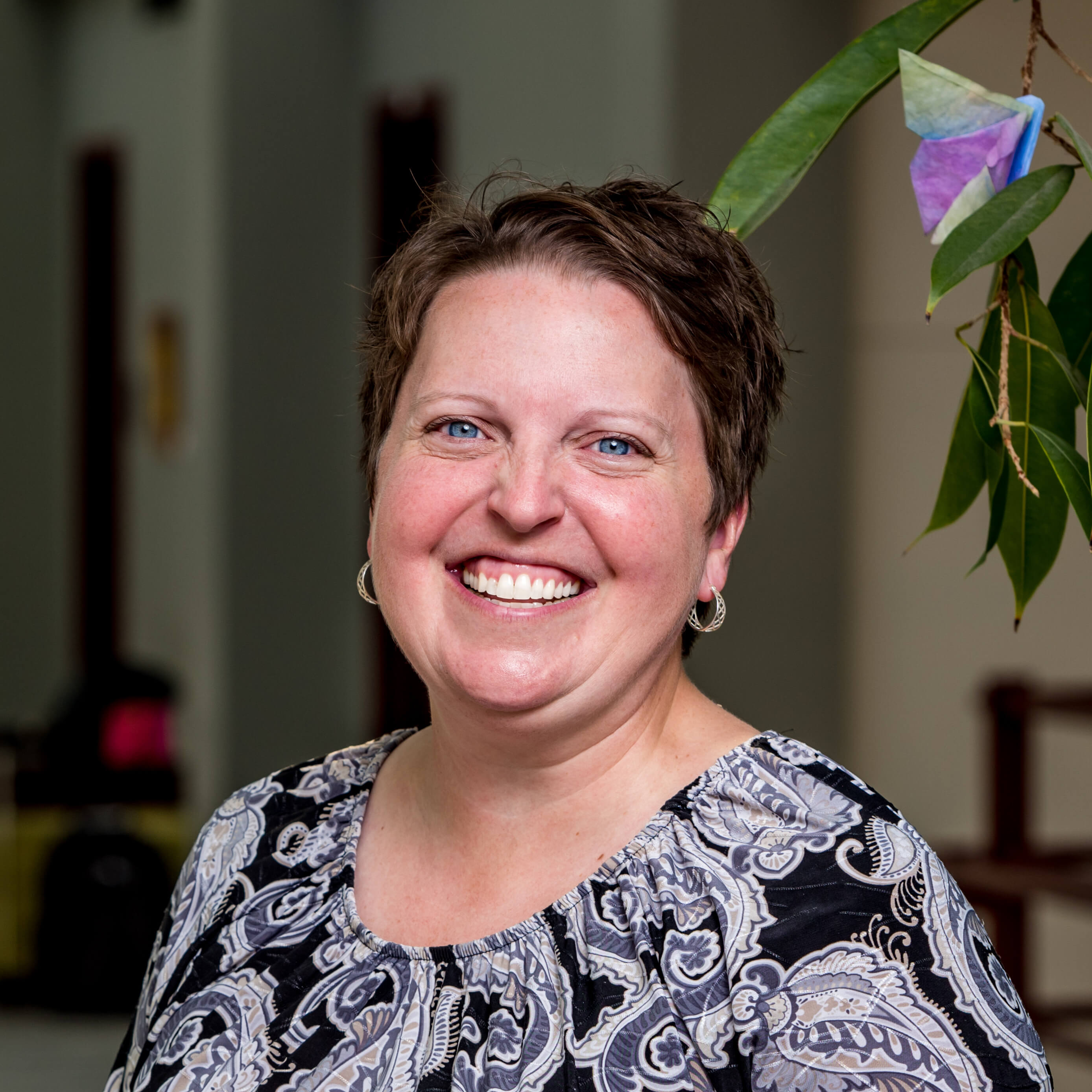 Ella Ingram earned her BA in biology and mathematics from Augustana College (IL) and her PhD from Indiana University in ecology and evolution. She joined the faculty of the Biology and Biomedical Engineering Department in 2004, then assumed duties as Director of the Center for the Practice and Scholarship of Education in 2013, and was appointed Associate Dean for Professional Development in 2017. Dr. Ingram blends her work in the classroom with work in scholarship of teaching and faculty development. She instituted or improved multiple programs: the new faculty mentoring program, the writing accountability programs, promotion support group, the endowed chair program, and more. Dr. Ingram’s publications on student and faculty development have appeared in the CBE Life Science Education, American Biology Teaching, Journal of Research in College Teaching, and Journal of College Science Teaching. She was a founder member of the Making Academic Change Happen initiative (academicchange.org) through which she created learning experiences for faculty and academic leadership nationwide. Dr. Ingram received the highest honor of her career in 2016 when she was named an Honorary Alumna of Rose-Hulman. She was also named the Board of Trustees Outstanding Scholar in 2017. Recently, she has joined the NSF ADVANCE ASCEND project to promote advancement of women in STEM into leadership roles. When not teaching or working with faculty, Dr. Ingram enjoys spending time on her family farm with her husband Jim and their seven dogs and relaxing with a sewing project or two.