Skip to Main Content
It looks like you're using Internet Explorer 11 or older. This website works best with modern browsers such as the latest versions of Chrome, Firefox, Safari, and Edge. If you continue with this browser, you may see unexpected results.

Materials archive from ALI Assessment Committee Events. This is intended to be the sharing location for materials hosted on other sites, like YouTube, institutional repositories, and their like.

In this guide you will find help for statistical analysis, including:

SPSS (Statistical Package for the Social Sciences) is one of the most frequently used statistical software packages. Check to see if it is available for use on your campus.

If SPSS is more analysis power than you require, Microsoft's Excel has a free statistical analysis add-in that performs many of the most frequently used analysis such as ANOVA, correlation, F-Test, t-Test, regression, and z-test.

How to install data analysis on Excel?
Load and activate the Analysis ToolPak

Articles with robust use of statistics 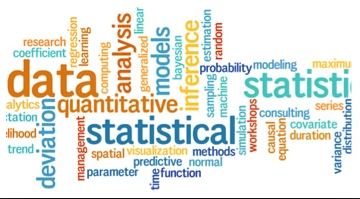 ANOVA: a test to determine the statistical significance of the differences among the means of two or more random samples from a given population

CHI SQUARE: often used to assess the "goodness of fit" between an obtained set of frequencies in a random sample and what is expected under a given statistical hypothesis

DEGREES OF FREEDOM: describes the number of values in the final calculation of a statistic that are free to vary

NULL HYPOTHESIS: often use to indicate the statistical hypothesis tested. The purpose of most statistical tests is to determine if the obtained results provide a reason to reject the (null) hypothesis that they are merely a product of chance factors.

STATISTICAL SIGNIFICANCE: the probability of a result from a statistical test occurring by chance.

Important examples of qualitative library research are presented in Studying Students: The Undergraduate Research Project at the University of Rochester, edited by Nancy Fried Foster and Susan Gibbons (ALA, 2007).